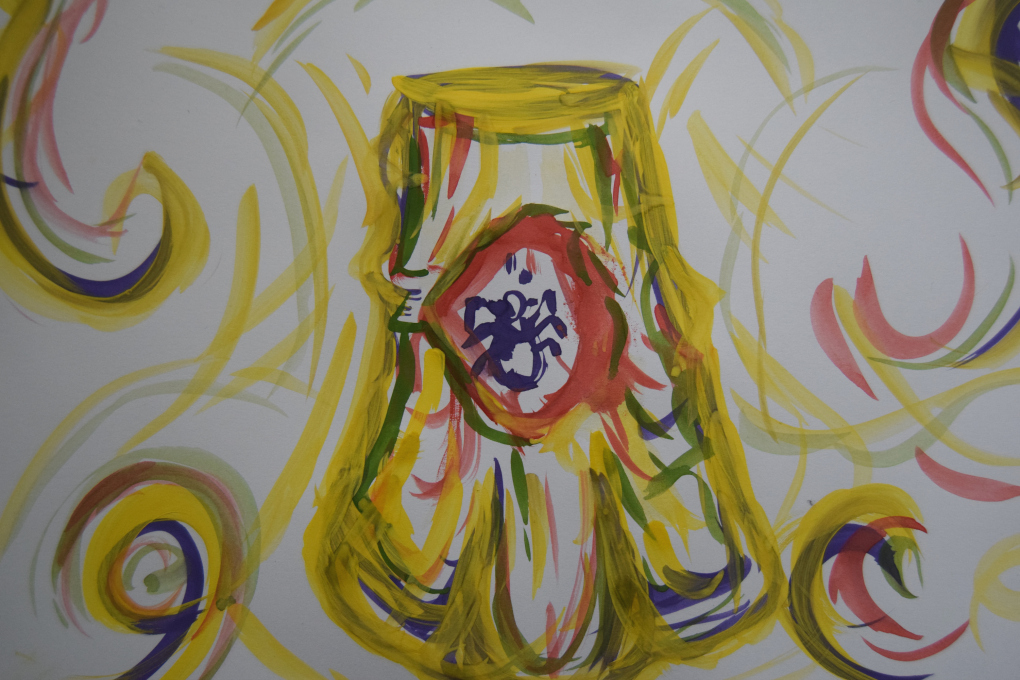 The Golden Scallop is a sequel of the Globiuz series written by Richard L. Douglas, published on 22nd January 2019 by KDP. It continues the good traditions of the fairytale fantasy genre and re-introduces us to the characters we have met in the First Light. The Golden Scallop fetches up the plot about the war messengers from the First Light: Crix, Binglow, Legen, Zulta and Uraihn.

The suit of company that left Azaz with a new mission against the Opules had dissipated. From the battlefields of Torry, we land back onto the peaceful nook of Amber Heights, where farmer life seemed to be restored. The main distinguishing attributes of the work, are the vivid characters and the realistic dialogue scripting. Unlike the first book, The Golden Scallop is more character-driven novel, in coupe with the parallel plot development. It is more expanded on the Globiuz glossary of fantasy creatures and their origins.

It starts the same way it did in the First Light, in the alcove attic, where our old friend Bakarak shares with us, yet another story. When the war messengers of the first book have met the shah of Nabadeen, who promised them to help in war against the savage Opules, the palace of the shah had stricken Crix with its embroidery. The different stones of unknown origin had puzzled him. The magic and the crystals surrounding it, was always boggling the mind of the young Cricken. 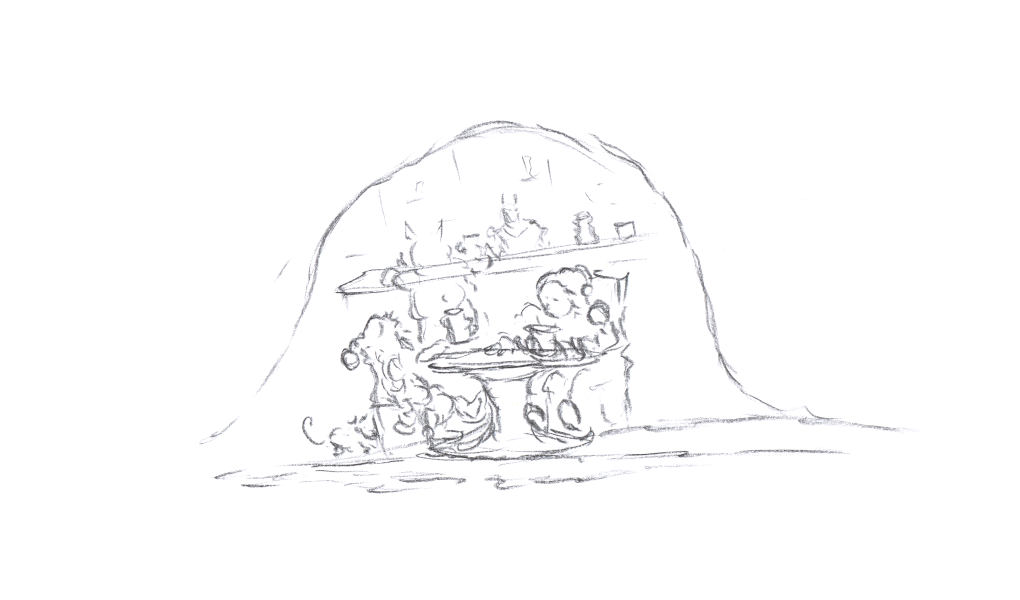 Alas, the help of the shah was not free. And when the war was quenched and the nomad Opules were driven out of Norwin, the toll of retribution had visited their little village. The shah had sent his Nubadeens to find the boys, Crix and Legen who had promised him to find the Esper Entrance, hidden in the depths of the unexplored Droop Forest.

The plot development evolves around several key points that reveal the origin of the Golden Scallop:

The book of the series does not develop into any military story. Instead, it follows after two of the remaining protagonists of the First Light - Crix and Legen. The sequel omits the rest of the suit we met in the first book, like Binglow who is only mentioned once, Zulta, Uriahn, etc. The book is devoted to the expansion of the duo, solving not only their problems with the shah, but the environmental as well.

The search for the secret catacomb, named the Esper Entrance, hidden somewhere in the Droop Forest, was believed to be a tunnel over the ocean to the grand treasures that only the myths could remember. Crix and Legen realized that their mission is short - to scour the twining nooks of the Droop Forest and find the catacomb, in order to get pardoned by the shah.

The last traces of the power crystals had eventually led them into even bigger troubles.

The sequel has a major shift from the political throne struggles to the elemental magic search with all the consequences. There is no personified evil as in the first book, and it all deemed to be in actions of our antagonists, surrendered by the desire to possess the secret power and the crystal. 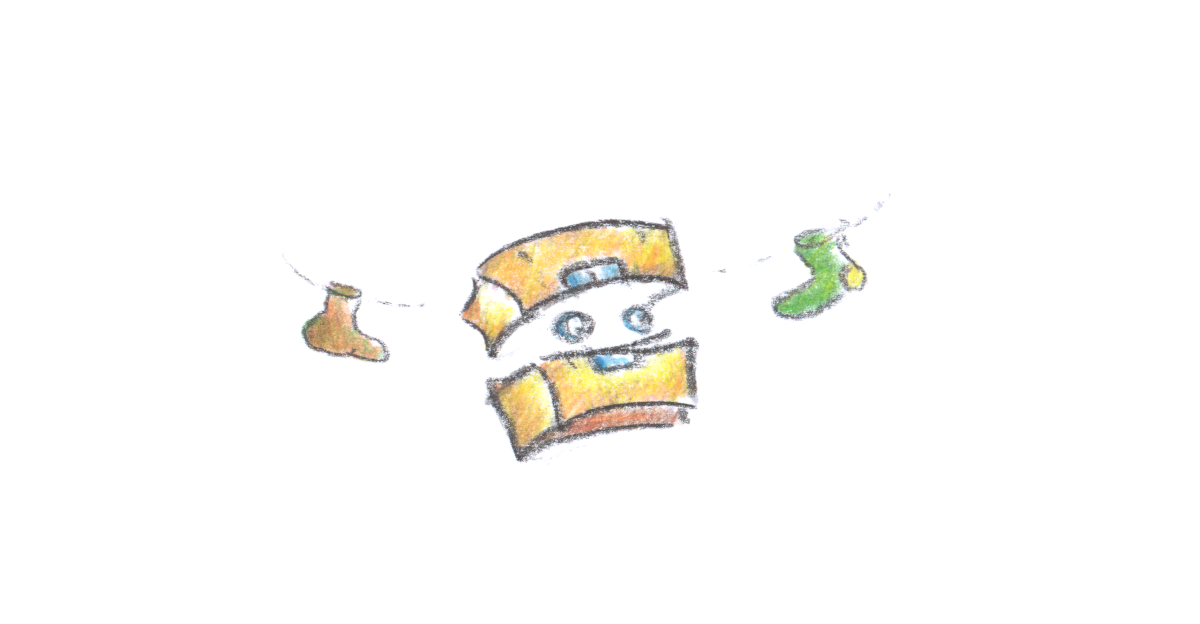 Crix is a young Cricken fellow of Amber Heights who studied different things for survival and lived with his Hedgen uncle named Dirp. Legen is a Green Elf hooligan who strives for gold and fame. Both of them spend much of the time on the top of the hill of their village - Amber Heights. A magical nook of Norwin which only the good pathfinders could lead anyone into.

At the village of the Hedgen family, we meet Dirp, the uncle of Crix, who is a keen master of jokes and story-telling. He plays a huge role in the motivational development of the treasure-hunters, and even urges Crix and Legen to go on a hunt for gold. Luring them right into the depths of the Droop Forest, to find the cursed Esper Entrance, that he once believed he himself had entered when he was young.

While reading the character development in the first book we witness weak and strong species, the ones that ruled and dominated via power, the others - who did the same with their wit. We see a mental challenge in the Golden Scallop, that shifts us from the pros and cons of evolution. The universal language that is spoken in Globiuz is greed, and it makes the book closer to the grim version of the fantasy reality.

Perhaps, unintentionally, but Globiuz has the elements of racism, where certain advanced species abhor their weak opponents. Even the humans of Ferania are deemed us 'dogs'. In contrast to the Green Dwarfs, who are welcomed as the victors of their progressing kingdom and other examples. 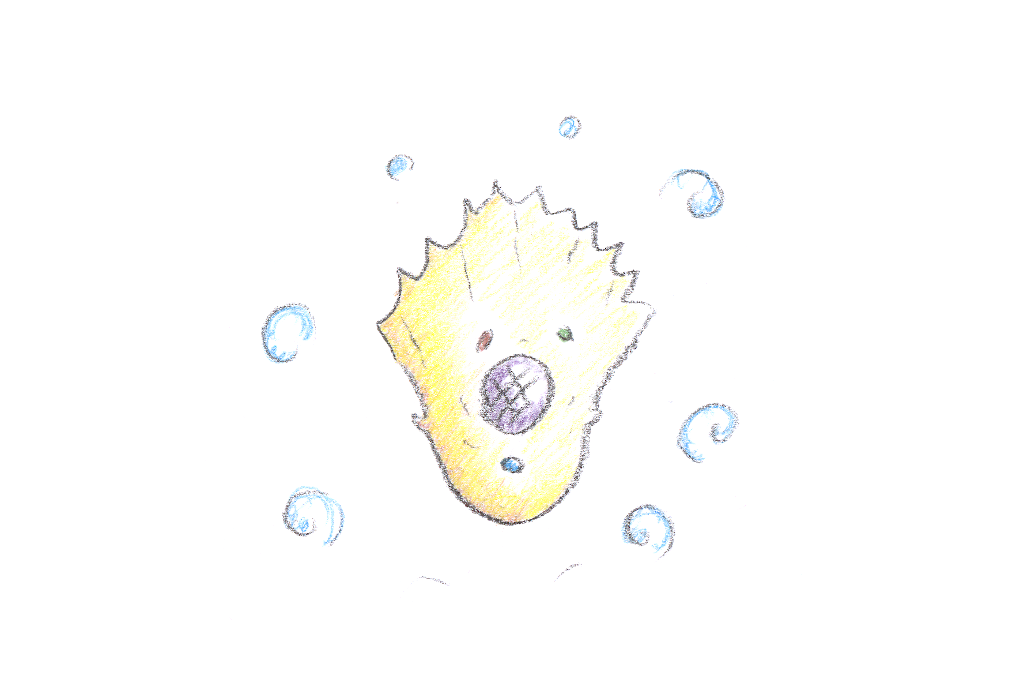 Globiuz tries to be dual - having elemental magic and chaos on one hand, and the science and grueling reality on the other. In a different continent of the free world there are certainly slaves, drunkards, monsters and freaks, monarchs and psychos, but there are really few left who preserve magic.

Globiuz is a search for magic that was lost with the folk tales centuries ago, the departure from youth, people once believed in. The magic nook of Amber Heights that still preserved that notion and relation to the myths, was the last stronghold the dwellers believed in.

Those folk tales were told as if they were real, as if some Trunkets or Hedgen themselves saw the magic. But the time expunged the borders and the appeal to the magical sense. We see that Globiuz is not naturally eager to explain or exploit the military side of the novel and keeps the wizardry exploring. Instead, we see that the magic we refer to, is the lost human craft that was forgotten over centuries, instead revealing the human demise in the face of the civilization. Feranians, as the example of the last remaining humans reveal us that the humans once were in dominance in that field of knowledge.

In the cemetery of the Esper, we meet the necromancer who is eager to tell about the souls of the dead. Even he yearns the ordinary life of simple folks, instead of being cursed to resurrect the dead.

The search for soul and magic, the answers our humanity was always seeking for, has been re-defined in Globiuz. Not only the science, this time, but the spiritual magic of the folk tales help us to understand ourselves.