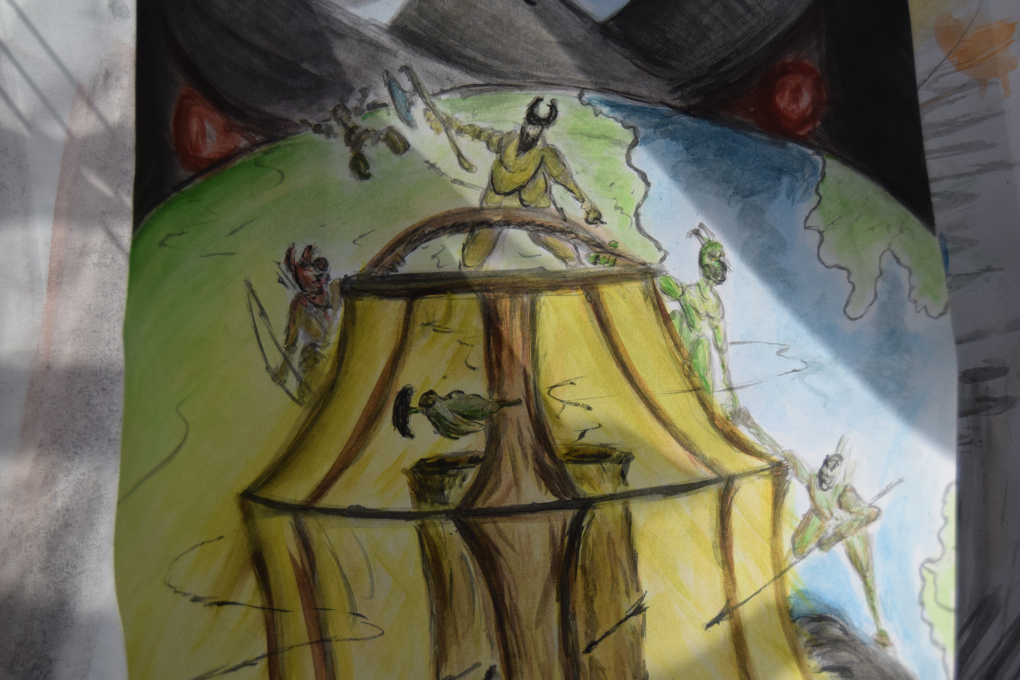 There was place and the journey. There was time and the yearning, when two young friends have decided - it's their time to get aside, when the fields of sunny Norwin was too much for their abode. Young in heart, they've decided to follow the path of treasure hunt.

All days and nights, the storyteller in the attic couldn't sleep, couldn't get away from his world. Fairy-tales created he, now he lives in them alone. Only couple of his grand-kids pay visit to the 'old-old loony'.

Candle lit, the carpet wiped - the round window is half-open. The grill of lantern drops its sash. We are in Globiuz, we are away from this world. In places where Trunkets, Crickens and Crustaceans survive, the kings are stone-cold, conquer 'empty galaxies', the queens are cursed in ice, creep out to poison them. 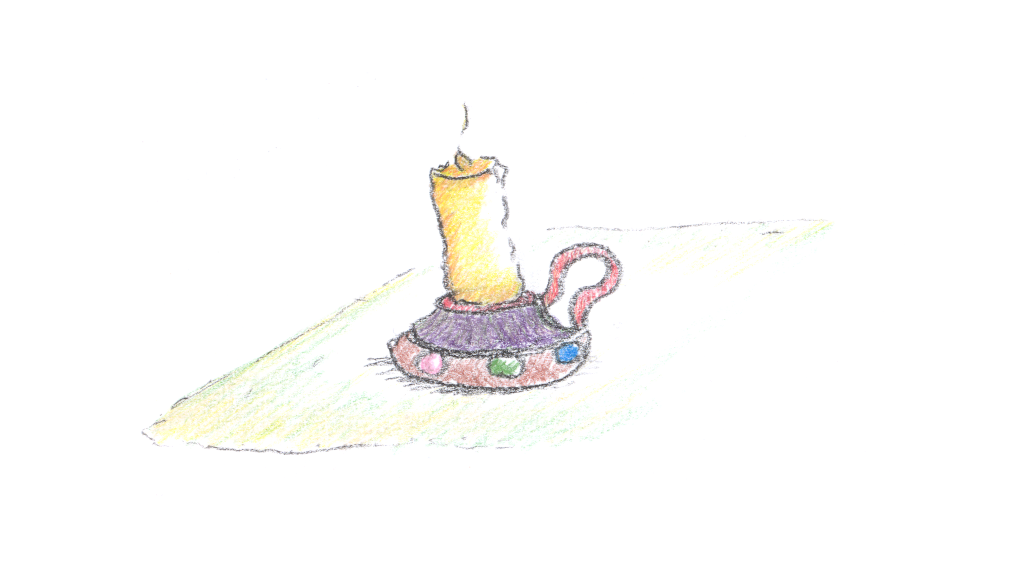 The men and women are denied in comfort, and only few that challenge to survive, get packed for journey - to change what spins around the sun.

The song of attic is not about them

The last survivors of the magic craft hide in the world of violence. The last, who dwell in Torry, Safir, Colbroom and the nooks, that are unexplored by soldiers of the vanguard. The song of Globiuz is First Light, the Golden Scallop - the sparkles, that give light in times of dark. The place, where rocks are water-whetted, and even rivers stop at turns, where mountains pall.

And everything on Globiuz is real, the fantasy is gone by now to attics, where magic lives and told by few near candles. Bakarak was a man, who tried his best in archiving it all.

Glens and forests, nooks and fields, scaling rocks and mountain tips - all was left behind their backs, gold was rushing in their minds. Hordes of swine-dogs roving fear, getting near the last remaining humans - they are the scything terror on the eastern hemisphere.

King of Tornak, the 'snake' of Prunes, free masons of Crusbroom, rich Azaz henchmen and the silent Colbroom - all were about to allow the terror to happen. The pack of the First Light went on a vigilante scout, this time, their home of Amber Heights was at stakes.

Friends, who traversed north and south of their continent, at last have reached the Scallop puzzle. The summer was about to be delayed again.