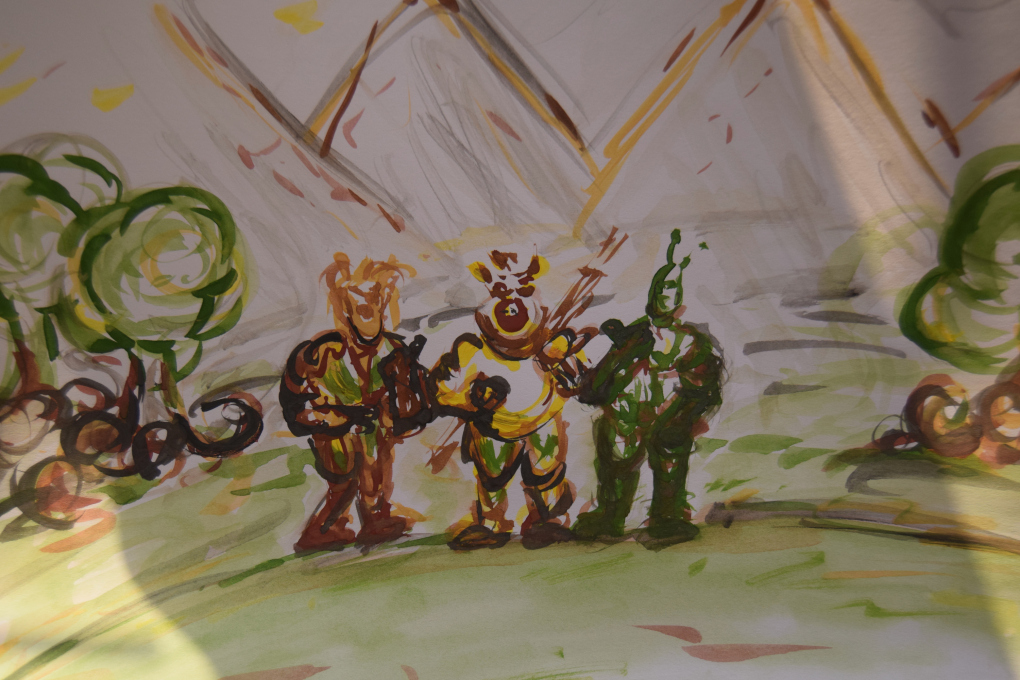 The main characters we follow from the first installment of Globiuz are: Crix, Binglow and Legen. The trio that also encounters the other dwellers of the Torry Mountains, Amber Heights and Kazool Scoop made the backbone of the first three books of Globiuz. Let us look at the main leads of the First Light and the Golden Scallop closer.

Crix comes from the Cricken heredity. The glossary of the book describes them as the Cricket-type humanoid, reminiscent of elves, hence the word Cricken - comes from Cricket. Crickens are good on appearance and may be confused with the over-grown grasshoppers.

As a young man from the Amber Heights, Crix was growing up mostly on his own. In his teenage years Crix he has moved to the Hedgen farm, right on the promontory of the forest. While living with the Hedgen family, Crix has learned how to communicate with the forest dwellers, including the other different species: Trunkets, Cluxes, Paglots, gnomes and elves.

He grew up in a legendary place where people still believed in magic and restoration of balance. Where the spherical mazes of the Maze Forest, located in the depths of their promontory, led to the sacred treasures and secrets of the past.

Though, Crix as a studios man, have noticed that the aging generation of his kinsmen were passing away, and the legends were slowly leaving their nooks with them. He drew himself closer to the companies of Trunkets, drunkards and the flute players, learning the ballads and crafts of the time forgotten lore. 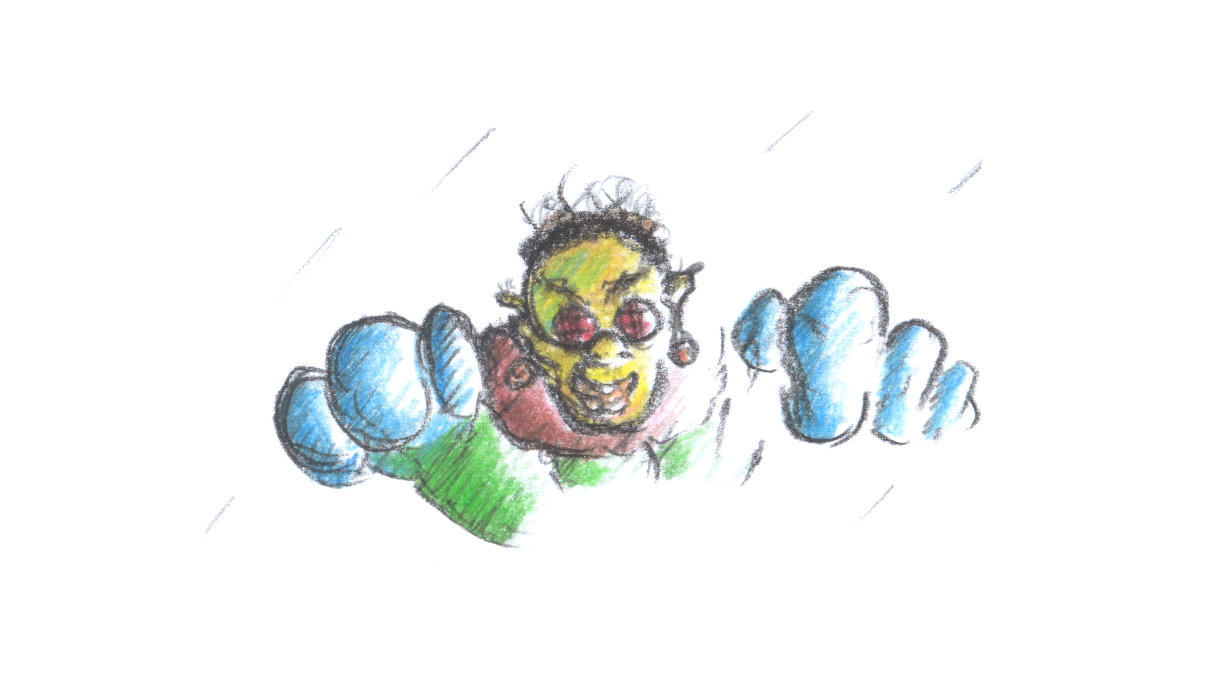 When he was away from the loud bouse, he was learning the 'human' sciences and diplomacy. He knew the kingdoms were rising (Tornak) with the help of science, and the others were reigning with the military advances (Opules). He was learning the evil side of their neighbouring adversaries (Blasard), and he has managed to preserve the humane qualities in such cruel existence.

The knowledge and intelligence he gained, sometimes had worked against him - his study and stubbornness may have shown their way in disputes. Solving simple things may have gone for long with Crix. The young Cricken wasn't naturally arrogant or proud - it was the mind of probabilities that hustled his brains around. Crix led a boisterous and intelligent life of a man withstanding some of his shortcomings.

On the other side of Amber Heights, right down the slope of the Hedgen farm, across the corn field and the river moat, through raging and climbing up slabs, stood the cliffs of the Torry Mountains.

Two races dwelt next to each other - Paglots and the Black Dwarfs. Paglots - the pig-like trolls, with the stance of humanoids, are the sapiens creatures who managed their territory well. These pig-looking trolls were the best scavengers and archers in the rocky area. Even the Black Dwarfs respected them, though not liking their rustic and slovenliness.

Binglow was a young archer in the gang of the Paglot bounty hunters. These people were eager to execute any order by those who would pay them a decent amount of gold. Binglow was the youngest in the team of the mercenaries and therefore, was considered to be the least important. Climbing over cutting mountains, crawling through the chasms of the sunlit caverns and creeping along the rope bridges - Binglow was a messenger of those, who had hid behind his back. A somehow courageous and naive, Binglow has managed to preserve his sense of humour and proceed in his missions. At times, he was a plain coward and a whimper, but all what was warming him up was a good company.

Binglow was an average-mind guy, chubby and vigorous - he knew how to fight his way through in a dispute. When needed, he kept his mouth shut. Unlike Crix, who was a delicate wordsmith, Binglow did not insist on his criteria. His best principle in life was - to make it somehow to the end and to hell with the rest. Unlike Crix, he wasn't a perfectionist, that is why he was considered to be the buttocks of the company. Someone soft, everybody could kick at and get away with it with time. 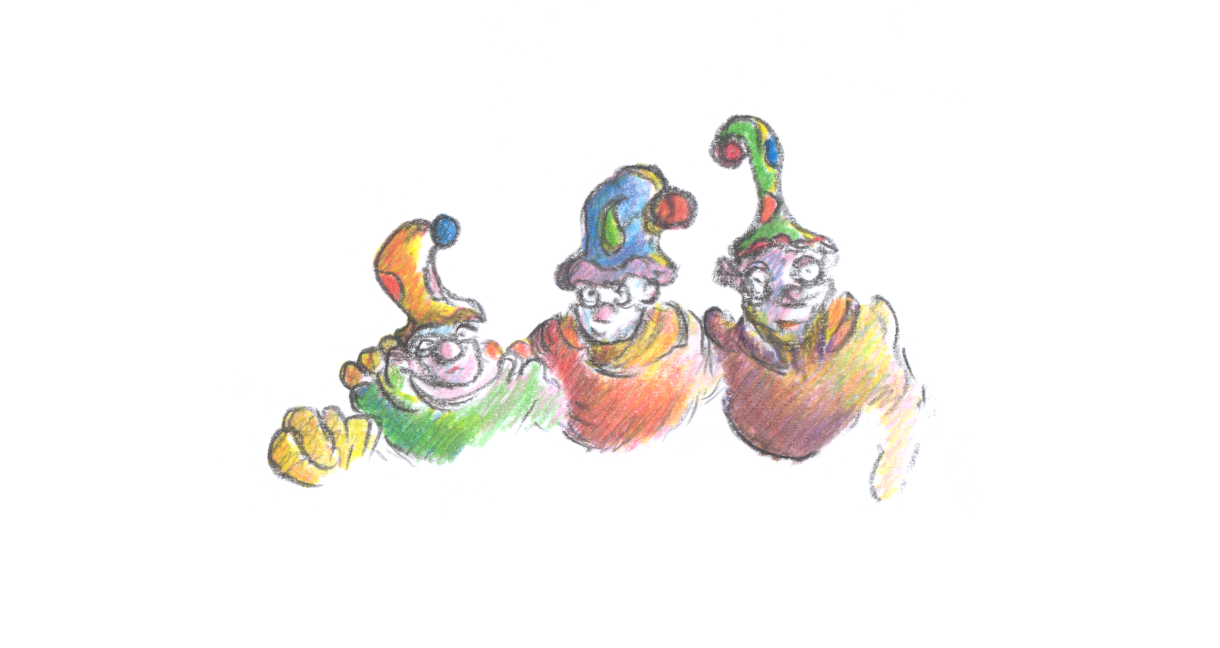 The classic folk tale elves differ in Globiuz by the colour code, relating them to the special flora: earth elves, forest elves, mountain elves, etc. A Green Elf pertains to the verdant flora. Legen was a guy from the Droop Forest - the biggest forest in Norwin. The legends of the land say that the Droop Forest is un-explorable, bottomless, endless and so on.

It is simply explained by the ways the people and creatures of Globiuz lived, settling only on the outskirts of the woods and never getting into the depths of it. Only the rare Kiwis, somehow managed to survive inside the forest, occasionally getting out on the plains for trade and exchange. Living in the depths of the Droop meant a complete isolation, or worse - the cannibal attacks. Legen was a guy who was far away from any superstitions and folk tales. He believed that the world is inertly evil and being ruled by those who possessed gold, therefore, strove for the latter.

He wasn't malignly greedy or extremely ruthless in search of power, but there was something sully and cumbersome in him. Something stern and even dark inside that Green Elf. He was average minded, but seemed like a guy who saw a lot, and therefore acted by a hunch. In disputes, he may have chosen the side of the quarrel, only if he knew for sure he would have win. He was cunning and occasionally malign - but still he was a naive boy in many aspects. He kept silence most of the time. Perhaps, it was the stale nature of the Droop Forest, a daring survival of the Kazool tribes - he was at the crossroads of being a forest scavenger or a robber. Not until he met Crix, a guy who had changed his life for better and harnessed all of his pragmatism into a new route of adventures and self-search. 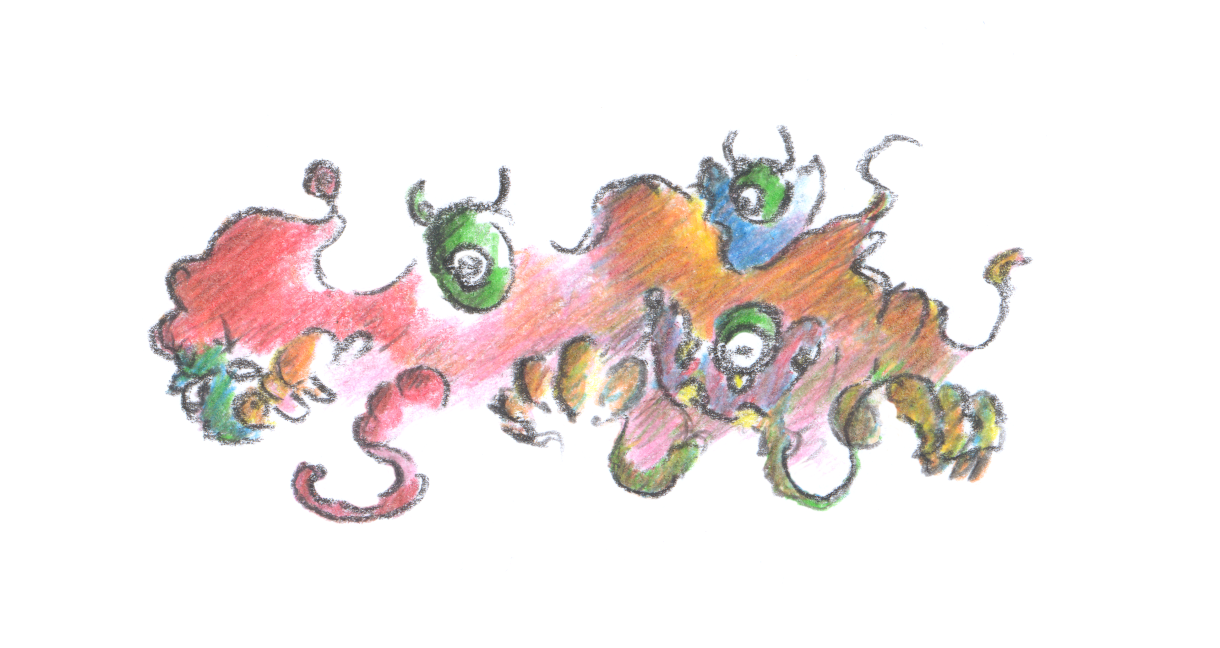 Legen always strove for changes, like vagabond roaming along plains in search of shelter. But he wasn't without any positive factors. His strong humour was sometimes cynical and stern, but he was naturally benign. He barely believed in himself, due to his broken family and the murky existence in the Droop Forest.

We see that this trio is important for the novel development and it is glued together. Legen clung to Crix because he had gave him a new chance to explore himself, find his new faith in life. On the opposite side, Crix has learned something from him too - being strenuous and struggling to the end. Binglow, on the other side, was a cohesive element, a cushioning and an alleviation for all them. He was a childish soul with alternative ways of solving problems, a way of immediate action and triumph.

The trio had made a return from the First Light and established itself in the Golden Scallop, marching through the catacombs of The Sinister of Bones, to the next installments to come.