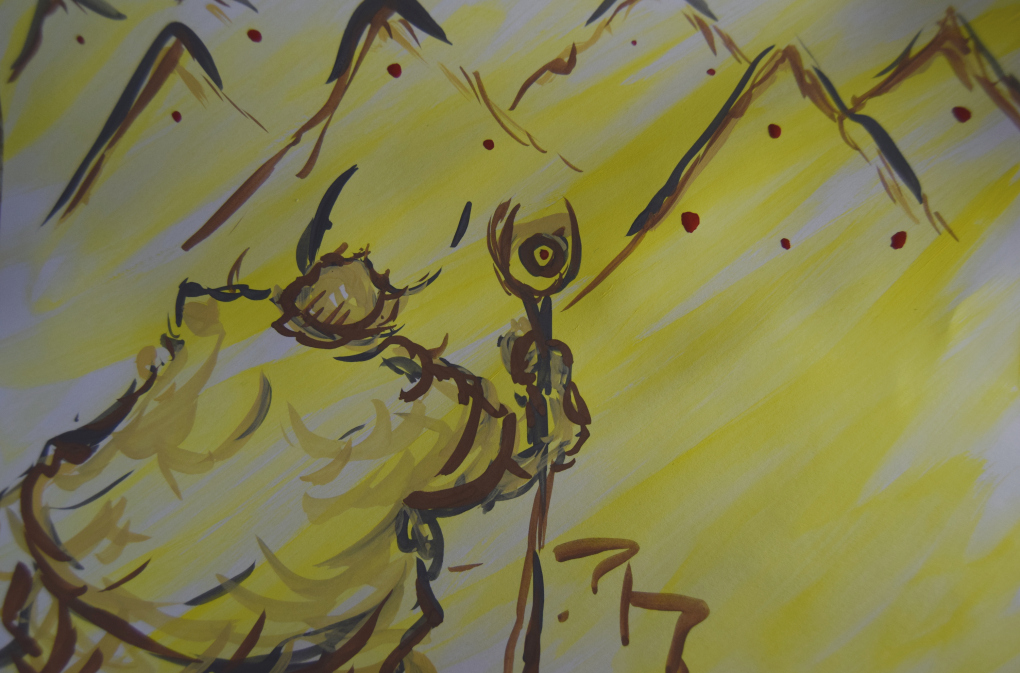 Elemental magic, kingdoms and the villain

Globiuz is the series of fantasy books that evolve around the environments, personal and geopolitical problems. However, in the third installment of the series, Globiuz III: The Sinister of Bones, we witness a macabre resurrection of the dead.

The Sinister of Bones, also referred as the Skeleton master, rises from the dead from a long confinement of his remnants. While we were discovering the Golden Scallop, we have briefly met the context of soul resurrection, the raising of the dead and all of the consequences arising from it in Globiuz.

When elemental magic was rising in the lost continents of Safir, Colbroom and Perenial, the shifts of powers were becoming dangerous for many kingdoms that were science-oriented: Tornak, Prunes, Norwin, Azaz, etc. We witness a different Globiuz, the world that is no longer believes in magic but in power of gild. The venue of gold and treasure campaigns were rising. The dunes of Azaz were calling for more expansions of the north and the west.

Political gain of those lands that were deprived of common goods, skimp natural habitat on raw materials, made good warriors of them. Those who left in solitude of ostarcism, hid in the cavernous dens, away from the rising civilizations. Possessing rare knowledge of the yielding power, some of such outcasts have perfected the elemental magic, storing their knowledge in objects and passing their secrets to the chosen ones. 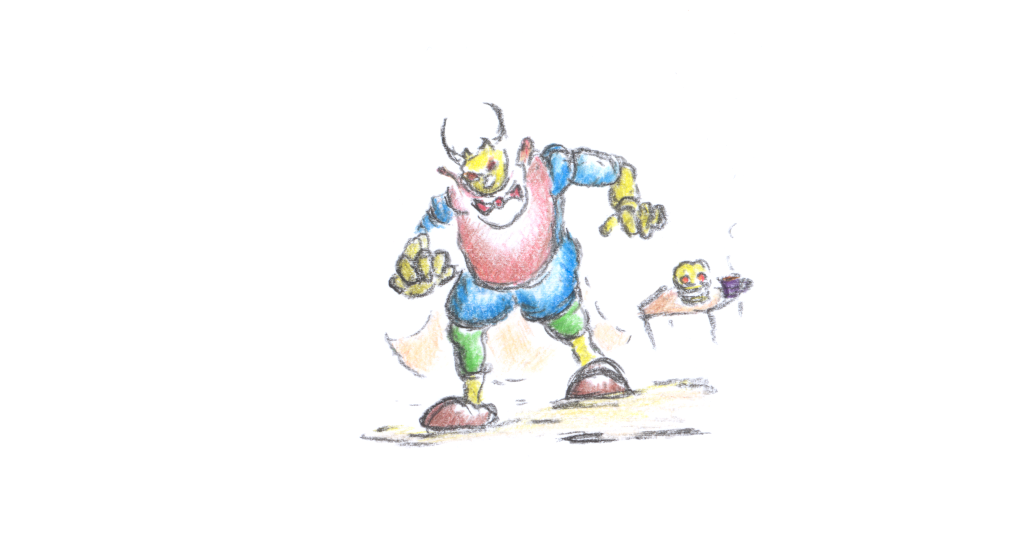 Personified evil was rising not only from the enticement of gold and luring political powers. All of the losers and vagabonds, exchanging sips of ale in taverns, knew that somewhere, deep in the endless chains of mountains there was a power hidden for them. Slaves by mentality, they were ready to prod and thrust their daggers, betray and sell everyone on their ways in order to gain the stance in society. Their hey days were over, and they believed they could replenish the 'old glory' with a find.

Personified evil, in contrast to the social or the political one, reveal the inner character of ourselves. Whether it is a human, an elf or an Emple, we see a common motivation and a strive - dominance. Some of the races of Globiuz had different mentality, and they tried to harness the global progress into a different source. Some of the original wizards of Safir knew that their powers could bring an immense power that will bestow jealousy, and therefore, they had never shone at full potential.

How evil the personified evil is?

In the First Light we have witnessed the propoganda of the mass hysteria. In the Golden Scallop, we saw the evil of greed and political indifference to the environment of the changing world. This time we witness resurrection and revenge - the past is driving the maniac to even deeper hysteria that we knew.

The news of the king's return had put the ill-fated kingdom of Blasard back on the map of the political power. Being chased from south by Azaz, from north by Colbroom and Norwin, Blasard was considered a dying power of waning rulers that once were fearsome. With the fateful return of the Sinister of Bones, the kingdom of decay had showed its grin and grind again.

Its vicious scold had started churning out the 'pain machine' once more: the catacombs, the torture chambers and the worship of the deadly cult - the gnome wizards of the castle were practicing. All for the master, who was reigning in blood with his victims, placed in concrete in the murals of his chambers. The labyrinths of rooms built on bones, the laboratories of insects crossed with humans, and other bacchanalia of doom that only a madman could put in use. 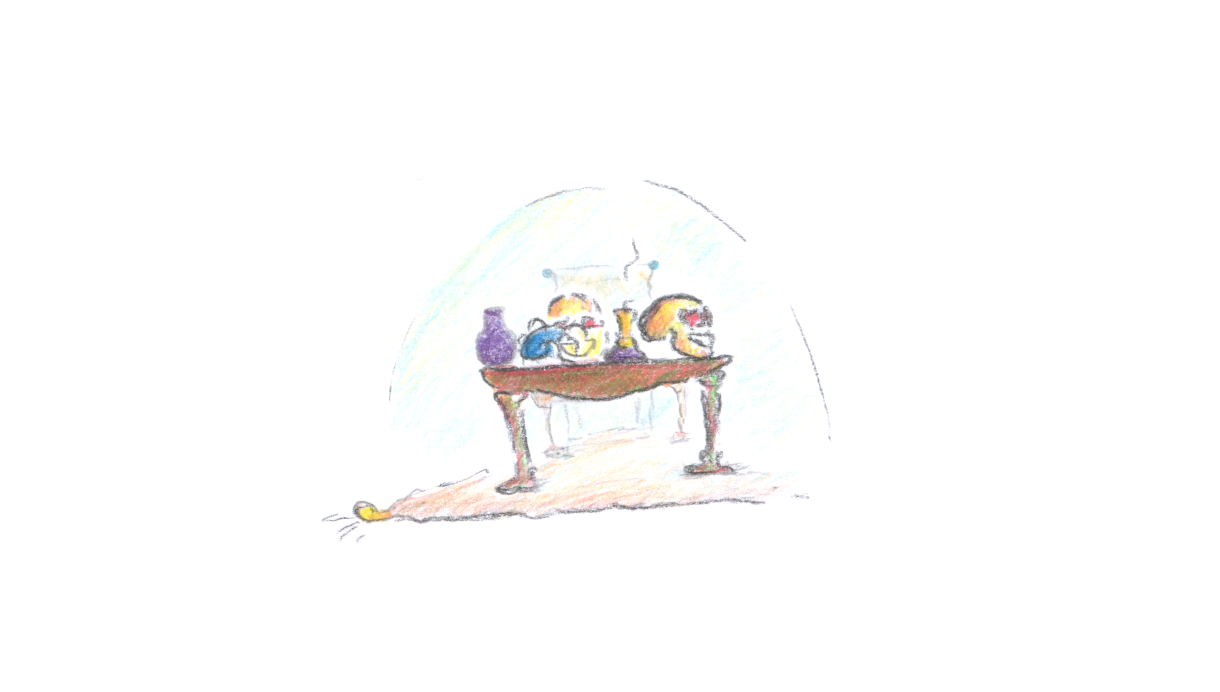 The power justifies it all

And it all worked. In some of the fallen societies, deprived of sane reasoning, such methods of the political governance worked better. Fear made them feel free - but for short. Constant threat was necessary. All of them: the big and the small, the poor and the rich - all of them have felt themselves as a part of the mincemeat grinder. And they were not taking into an account that they themselves are being used as a fodder.

Such brutal society, however, is different from the Opulian, which is described in the First Light. Such monarchy uses the last words of progress for their own benefit, it doesn't deny the science - it only serves their propoganda, making them stronger. However, technically, it is logically incoherent in execution - like everything in the mind of the scizzophrenics.

It has the mania grandeur, ready to drench in blood whole Globiuz if needed, but in performance: logistics, human management, military orders, etc - it was all lacking the practical side. People were not counted as important, but were disciplined and awarded well.

Reign of terror and the practical side

The aftermath of such rule, as usual, is brutal and dramatic. However, the modern and the ancient history of the humankind proves that only the leaders end their lives badly (not even all of them), but their regime lives on, because the society is already intoxicated with such experience of corruption. The hangover from such deviation is almost impossible.

Personified evil of every tyrant is a direct reflection of its plebs. The change of such decay is without any pain - ideological amputation. None of the historical leaders who had powers have absconded it voluntarily. The short list of those, who had voluntarily relinquished their authoritarian powers only proves that the reign of terror is continuing these days. It is all evaluated in the 21st century, only under different names.

Like Blasard, reaping all of the advantages and technologies the human civilization, produced to serve the interests of evil.