Country in Globiuz. Coated by Ferania and Azaz from south to north and by Shakalot from east. This fringing country of the west-Oiran mainland is the last stronghold against the nomads (Opules). It is cut-off from Cadel and Niwan, but still manages some paths to them. Askal constantly fights for its identity, fighting inside between good and evil. Askal has its own blemishes and diplomatic blunders, supporting Blasard and even helping with the invasion of free nations. Such country is very specific for international relationship, but has a major advantage - its military strength. 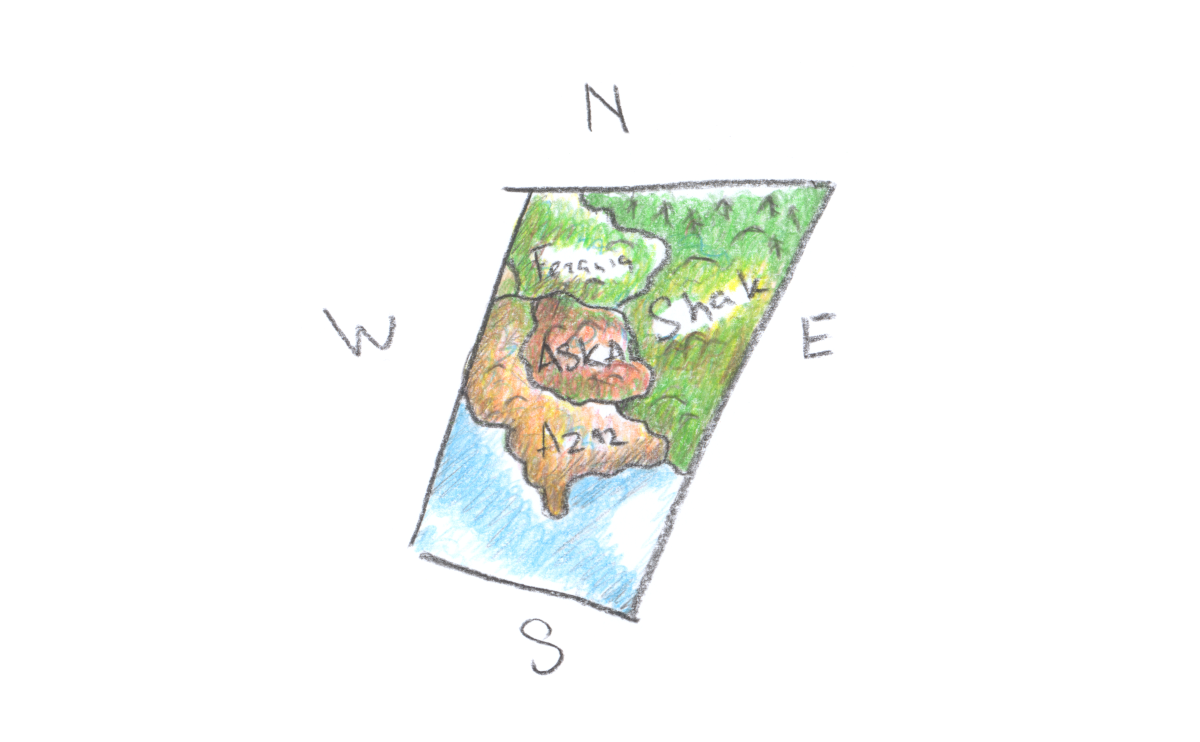