Country in Globiuz. The far east country of the Orian hemisphere. Fringed with Shakalot, Cadel and the Southern Ocean. It had been overlooked by many explorers, due to its stretching geographic location and the lack of expedient routes. The most advancing kingdoms of the Orian hemisphere were in the far west and they seemed to have forgotten, that Niwans, the bovinae-humanoids, had once had crushed the Shakalot. A broad and brutal place, as its steppes and deserts, but it preserves much more to it. 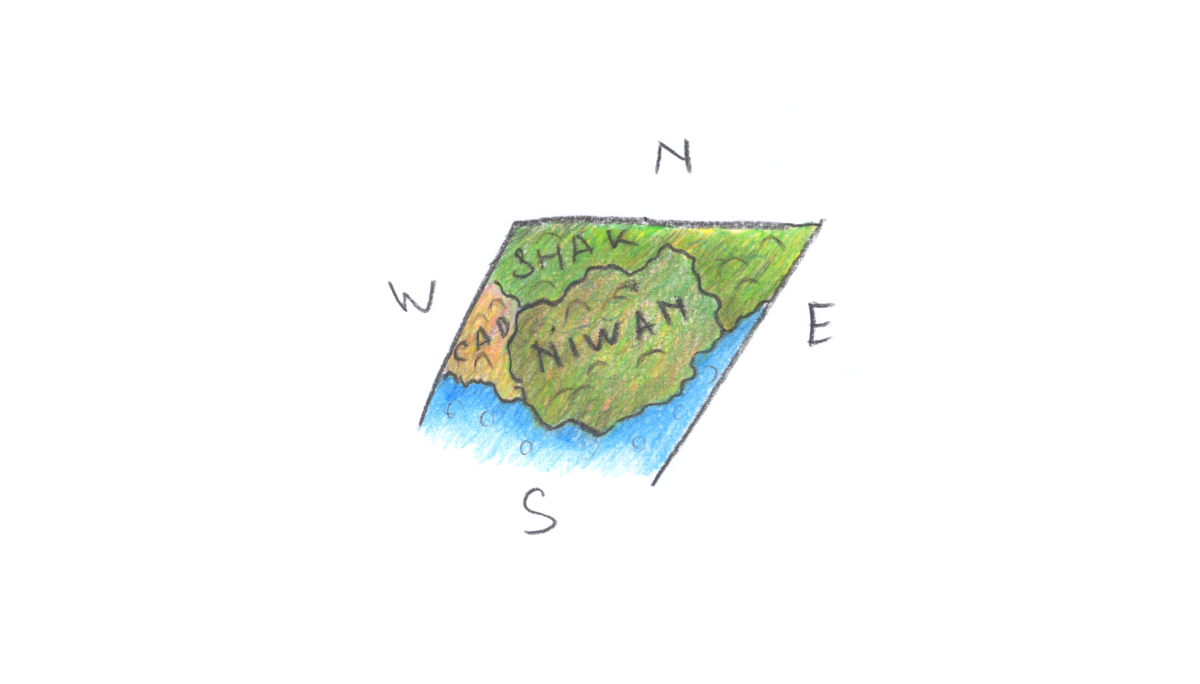