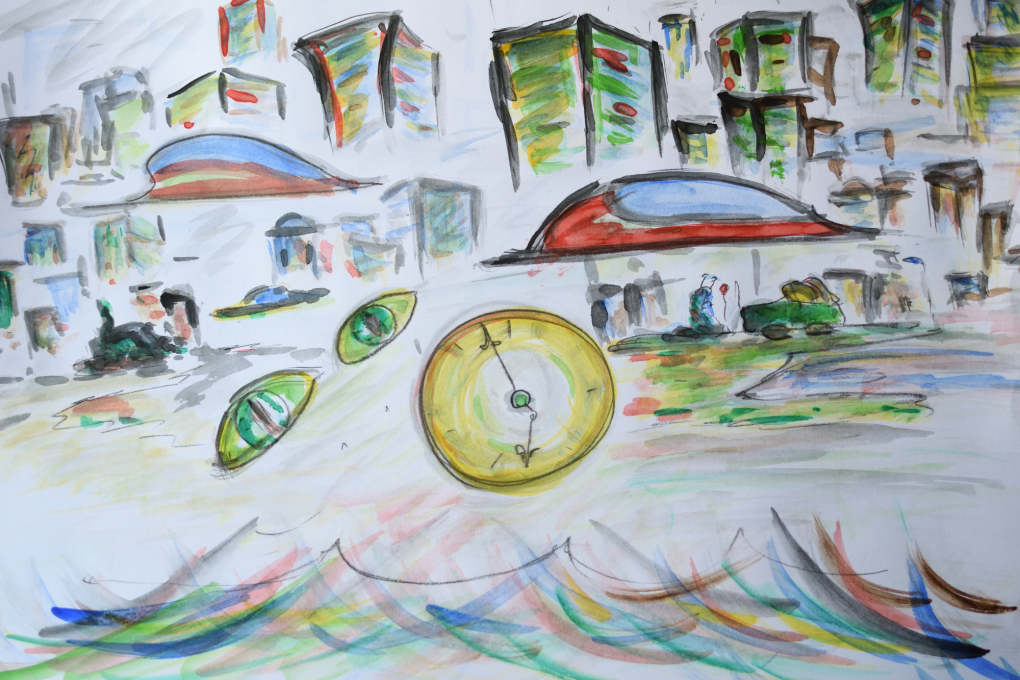 2019-2022 - already 3 years in recurrent production! Stratius drags alongside with the Globiuz series as a parallel saga. The connection of Globiuz and Stratius is well explained by Bakarak Scaven himself - back in the loft of his archives. It had all began in 1999, with the growing PC market available for masses: microchips, motherboards and chemical palettes were always drawing attention for the future. Movies like Terminator were tending closer to us, tempting that we could control the future with the microchips we were holding in our hands. Many other works that bore emotional side on our perception (just like for any other human) were the examples of inspiration.

Rich representations of such worlds as Globiuz and Stratius marked out the contrast between the laconic fantasy and the stark technology. We were growing up on the old-school side of 80's and 90's in representations of: Blade Runner, Fifth Element, Cyborg, Aliens, etc. so we knew where to look for action. As a book, Stratius applies a cinematic adaptation straight onto the movie set. Balanced and well-developed, AI-driven environment with its own, unique inhabitants is sketched and written. Droids, androids, robots and other physical entities are elaborated in such a world, (the Stratiopedia for reference) and comprise a bright and unique future.

What is it about?

Imagine AI-driven megacities (coming to your hometown soon), with androids tuned up by humans so well, they no longer need your instructions. For such smart androids, most of humans have gradually turned into primitive biological species, not capable of high art and sciences, with some minor exceptions of course. Leniency and affordable droid services of Stratius made homo sapience meek and submissive. Defining the new humanity meant a new survival and the ability to pass the evolution.

In this disbalanced world, androids act as an equilibrium and the guaranty of peace for the Trillenium civilization. Or they thought so, because some humans and AI entities were also of their own opinion, forming a Dillenium civilization of resistance and anarchy.

A brief understanding what the Stratius is and what it is capable of, could be expanded in the book, by entering the megacities of New Arque with its picturesque high-tech gravity of gyro devices, droid-dominated services, hovering traffic, hi-tech incorporation, body parts and new biological species, evolved as a result of viruses and mutations.

Have we left the fantasy genre forever? The Globiuz was that niche that prepared Stratius and it will always remain the only link to the secret of the gemstones, explained in the series of sci-fi. We would never bury our heroes of the Globiuz series, but Stratius is a new hurl into the future. Get into a hover cab!