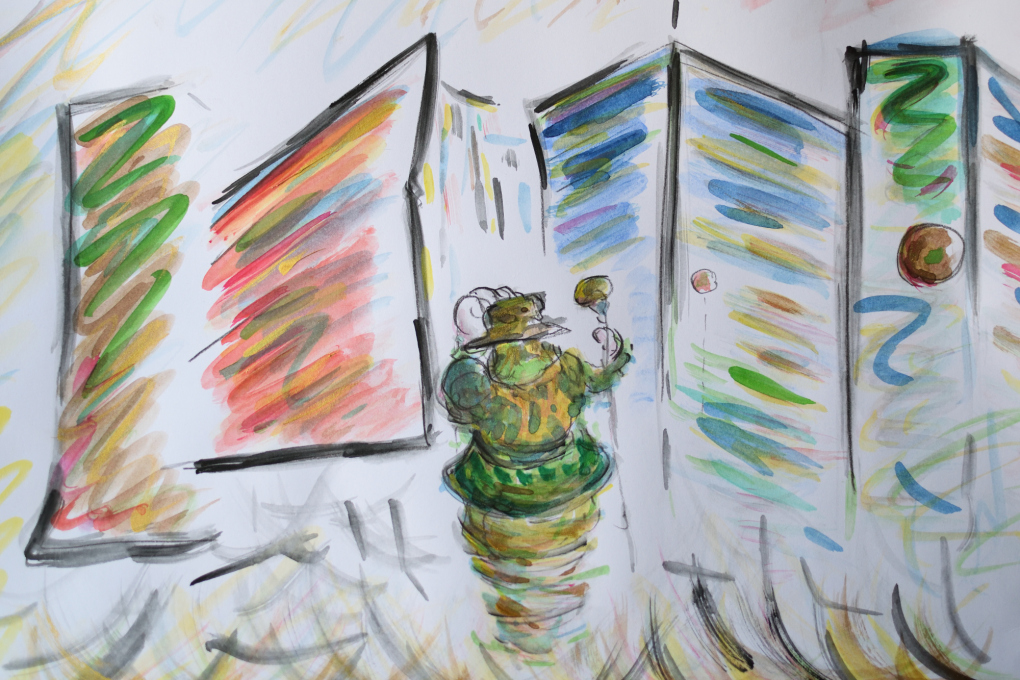 Dreams and traumas in time

The duality of our dreams is represented in both ends: fantasy and science-fiction.

Imaginations, juxtapositions and contrasts of such worlds create a platform for certain psychological behaviour in our awake life. We balance our logic and artistic 'chaos' (the lack of logic) by building up certain projections. Such imaginary 'vortex', if dosed reasonably, could serve us a remedy of nirvana - a 'coffee' break sort of.

The same could be said about the fantasy escapism. When we're achieved in the present, we dream of mellow, cozy past, 'dancing with elves and forest gnomes', sort of. When we anticipate too long, or are unable to solve something practical in our awake life, most of the time we get nervous - a certain bleak future ensues instead. 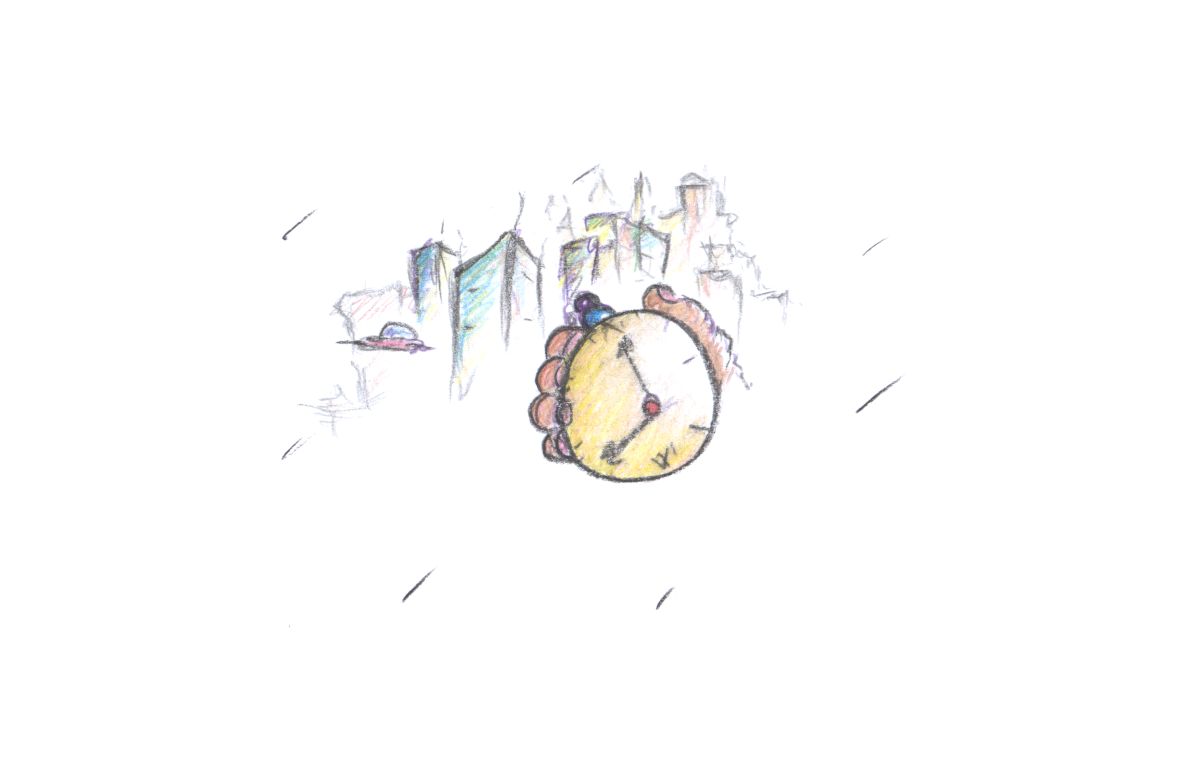 Imagine failing something badly, because of lack of tools, finances, technology, time, etc, in your present - the future would always lure you into an unknown twirl. Most likely you would surmise, that in the place where you have failed, someone else had already picked up, at least as a possibility, thus creating fear for such a loss. Therefore, grain future prospects may cause traumas to you too, drawing no hope.

If tools of your daring projects are limited, there is always a chance to anticipate the progress to evolve; if skills aren't sufficient, then more time needs to be spent developing them, causing another frustration.

This is the most universal trauma known in popular psychology/psychiatry almost for every human being on this planet. Affected by the emotional side of our imaginary brain-power, we tend to memorize the past as the brightest. Sometimes, it could be the opposite - as the darkest part of our life. But the matter of fact, most of the time, we remember it vividly,  whether it is black or white.

The self-reflection of the past may be returning to the contemplator assiduously, refining its grains, restoring frames of the picture, making it look like an icon eventually. Thus, limbo and stagnation come in place, for there is no sense of time any longer - everything is stuck in that particular past.

It all depends on how you interpret the Idée fixe. Such recollections may also produce future projections. Subject's reasoning patterns could be altered by such an affection in the present, turning him/her prejudiced. The subject could also turn impartial over his/her past longings and nostalgic feelings and move into a logical circumference instead. Such 180° shift will help creating a new future path and new levels of reasoning.

Our future projections are also referred as 'the remedy projections'. We don't contain our physical selves in there, we don't see our mistakes in the future, we don't see ourselves unskilled or immature as we may be today, but the opposite - richer, stronger, etc. Such designing motivates us to move further and attain the Stratius level by working harder. We only see ourselves successful - which can also create traumas of the future idols, if such visions are not fulfilled in time. Recall yourself 10 years ago - have you attained your visions in time? Not yet? 20 years, 30?

Traumas, as the way of disappointment, come from any unfulfilled expectation, therefore considered to be a time-bomb for any living creature. Be careful with your projections when building something grandiose! 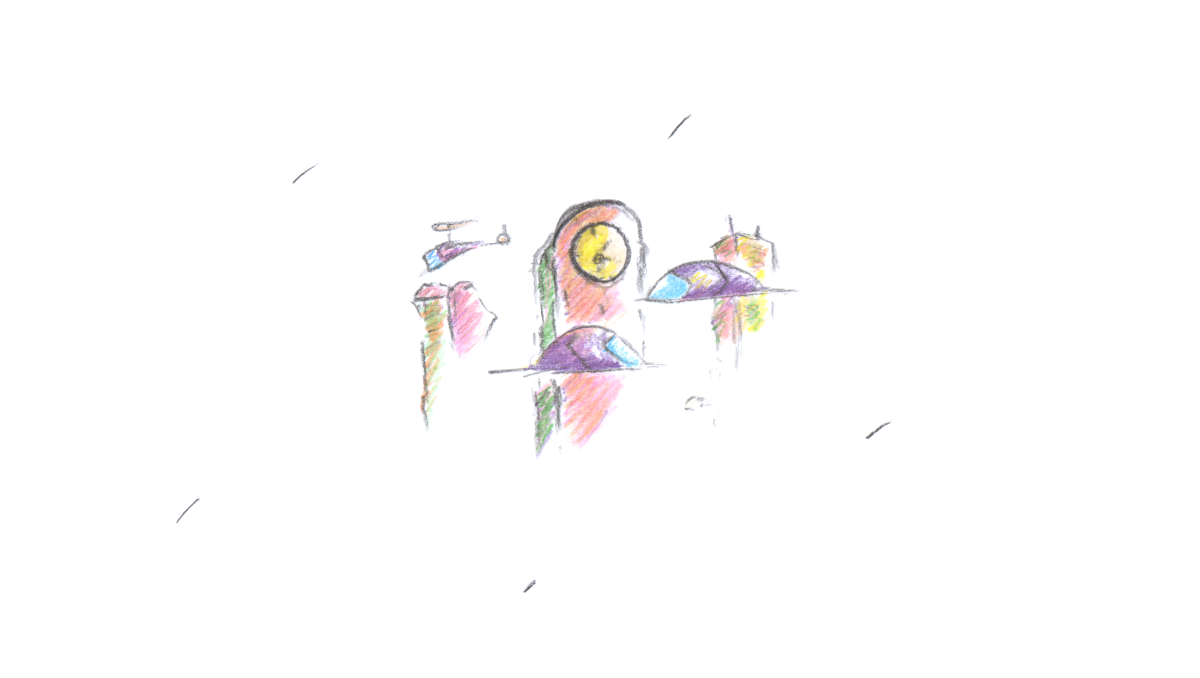 Do androids have traumas?

Something we will have to ask the androids themselves pretty soon. If we consider an automated AI probability reasoning, in where a robotic 'choice selection' is eliminated, then it is all possible. The AI will turn into a true reasoning of 'why' and 'what for' in its behavioral selection. Developing philosophical depths of any kind for the AI reasoning can help it to: test, trial and prove dilemmas independently.

In analogy with homo sapiens of planet Earth, the subject of philosophy, choice, fear and doubt - are all our initial, historical laboratories of mind development. More on probability reasoning in our publications. If such levels of AI automation achieved, then we will have somewhat a copy of a human being, triggered by artificial algorithms.

Two ways the traumas work - destructive and creative. Some traumas heal the subject by casting down a depiction of bright past (an idol trauma) or a pleasant future, in where we are not bound to any particular failure, nor to any wrong experience, or persona. Traumas teach and if the subject is unable to learn the logical succession of such a content, then the traumas erode the mind.

Dreams and traumas come alongside, the subject is fixated on the shock event, unable to drop it and move on, change it or find a better alternative.

Most of the time, a new alternative to your dream destination is better than you thought

Be ready to get crushed and trampled by your own mind, when the logic steps in - science doesn't care about icons and vice versa. Social, legal, financial and other aspects may frustrate and despair you, thus forging a stronger character. The struggle character (the 'hero' aspect) comes in place after longer attempts of fixing yourself. The well-known Hollywood product of a 'post-traumatic' disorder, who makes it, sooner or later. And we know how such movies end.