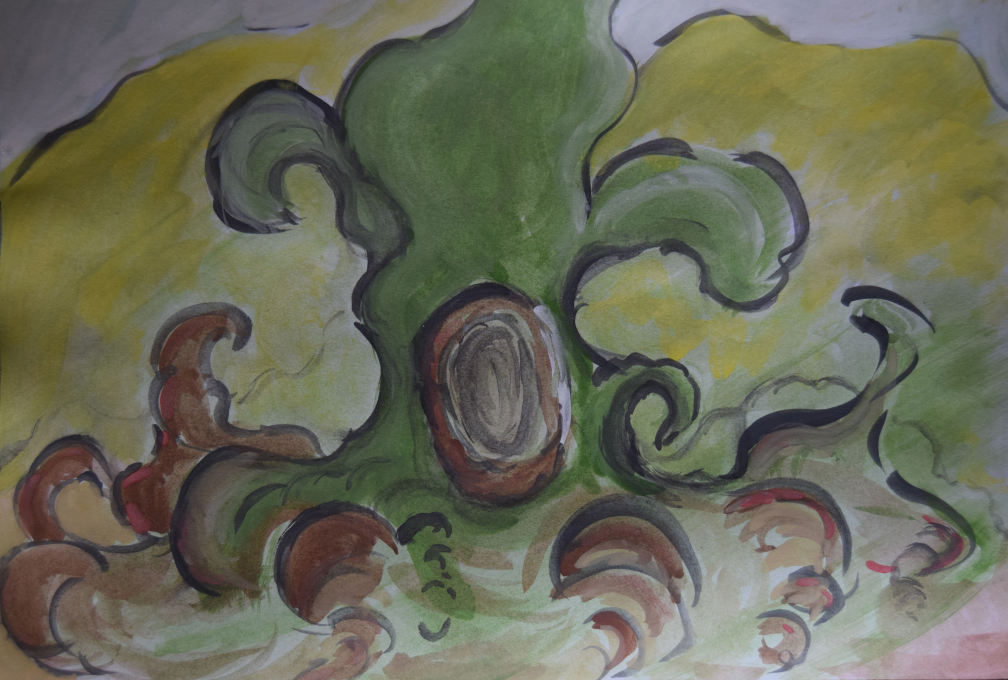 The fantasy and the dystopia

Most of us have read fantasy books, were inspired by fantasy cover art of Frank Frazetta from the 80's and the 90's movies. Most of such works remain classic and depict not an ideal fantasy, but a grime and ground shades of it. If the fantasy world had really existed in our history, it would have probably been better depicted by such an artist. Globiuz on the other hand, shuns grotesque and cumbersome pallette elements of a realist artist. It is a world of human-type laws: physics, logic, etc, but not of dystopia. We know, that the human suffering mostly caused by greed and damaged ego rather than technology, and all those pictures of future dystopias are in fact, paradoxial.

If we take our own, human history development, we would find that we progress in grades of spirals - improving our former tools and even create the new ones. Technical, physical, mathematical progressions of our minds shape the tools, utensils, crafts, etc. The more advanced the civilization becomes, the less of the 'suffering class' it bears. The less manual our work is, the less of distress in procuring for ourselves we get - at least for the majority of us. We don't take into account the unemployment rate, which is still low (circa 1-12% in global average), compared to the Medieval ages, where most people were classless peasants, striving for food. There were no fairy-tales in the fanatic times of burning witches, beheading any for suspicion. There was no habeas corpus in today's understanding, though it was introduced in the XIIIth century, in Magna Carta. Many other factual references and arguments could be mentioned here, in order to prove again, that the more technologically advanced the country is, the more adherent to the laws it becomes. The more prosperous the nation becomes, and hence, the more educated and balanced. And we don't have to go too far to the current Africa to see the contrast of it. 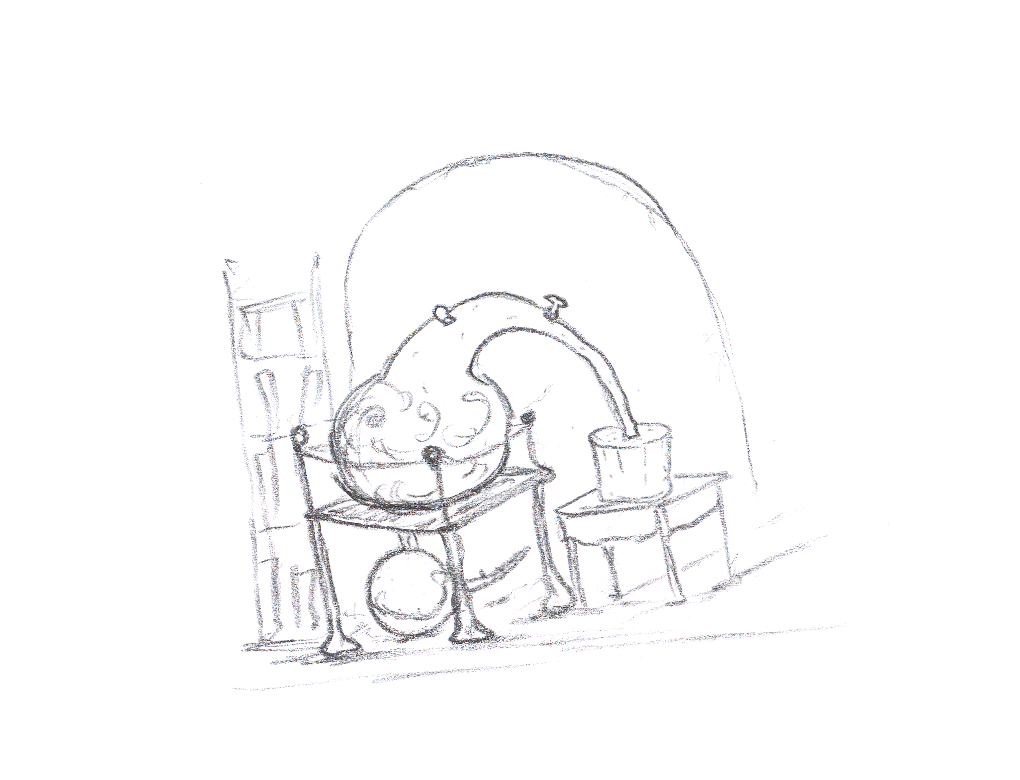 People who change it, are no fantasy heroes

Out history spirals into more prosperous and market-based environment, perhaps, we have passed the stage of classic capitalism into the neo-capitalism - the free market, driven by environmental ideas, not only by profit margins. And people like Jeff Bezos, Elon Musk, Jack Ma, Bill Gates, so on - prove hope rather than dystopia. The role of science and the first human tool in shapes of a whetted stone, demonstrate the Darwinian theory of evolution. We won't go much into biology, insisting that certain cells had produced certain monkeys, who afterward became humans - not in our competence.

From the scariest cave-animals, man-animals (Battlefield Earth) to the database creators and managers. When our environment will get closer to the Trillenium levels of existence, our problems would be much different from what they are today. The AI control and manipulation, data leaks, fiber production, teleportation, 'harmony shops', etc. The problems would remain, but in different terms and values. The spiral of progress is twining up, but we could see a man from the past, just below us, trailing after us. The clock strikes twelve, and the traditional craft we knew once, vanishes or re-incarnates. Perhaps, this would be the topic of the future too.

Strumming the harp of the past, revealing the alcoves of the forlorn attics, treading the ledges of the untouched mountains, discovering the dark pits of the adjoining caves, filled with the outcast Sleeves and orks - welcome to Globiuz. It has distanced itself from the future so far, that one would think it is a place that once was on our planet. Too bright and scaling are the mantles of the cliffs, to brazing scallops of a dragon.

The last traces of the magic nooks,
The wizards of the past,
We have come to this place at last.
We have strained ourselves in future,
Now we sing a song of Trunkets.
Forest of the laden Droop, calling for surprise.
And it is, we know,
Globiuz is moving, and it is, for sure,
Legends are alive.
When the sun shines through you,
You're ready to pass,
All the alcoves of the Glob-biuz...

It takes elements of harps to spell the chants of the magic world, that runs in parallel with progress. In times, on our planet, there was a real dystopia, racial wars, genocides, and these elements of folklore were kept for some purposes: to distinguish a nation, hence the territory; to serve a cultural summoning for identity, in order not to be interchanged with other races and languages. Basically, a healthy nationalism. And perhaps, for the most simple purpose - the entertainment. Human culture played a distinguishing role in symbolic manners and entertainment, but no more than that. Today, it is a matter of a subjective preference of taste.

Much more could be said about the science and the fruits of it. Technologies we use today, are the foundation of happiness. It all exist to make things more convenient and entertaining. Therefore, to create more art, or the folklore we have lost, in order to distinguish ourselves again. The spiral moves on, and the man of the past behind us, winks to us, hinting of not forgetting the past achievements, in order no to fall down the abyss, while climbing the spiral. 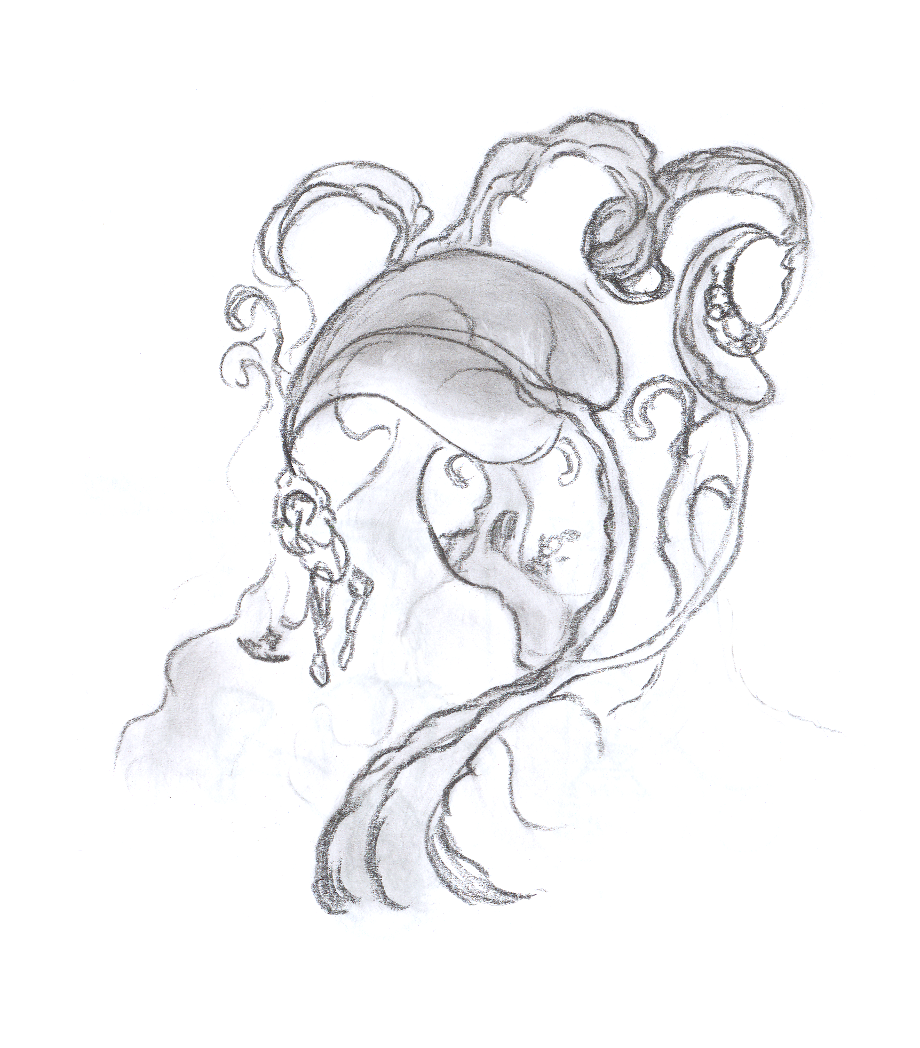 Our development was coming from simple things: from streets, from songs, from suffering - mostly from the latter. When man gets older, he earns harder (in most cases), therefore, he contemplates on his past doings. There is not much of trail he left after himself and of course, he wants to change that one day. Inspiration drives not only the art, but the sciences. The utensils we have mentioned, the tools we provide ourselves today - all managed for the sake of moving forward. And even when the tools get complicated with time, we must catch up with the latest discoveries, lest we'd become an extinguished race.

What does all this has to do with fantasy? We know, for most people (including us) it is the right-side brain functioning which is dominant. Though, studying on neurophysiology much, we understand such terms are outdated nowadays. There is no definite right-left brain allocation functioning, as long as we understand the neural networking, the ganglions of the brain that clot in groups in many areas of our cortex. The 'right-sided', in this context, means more art oriented than formulistic. To be more exact, having an imperfect brain perception. For the majority of people, things we say and hear produce live depictions instead of true mathematical formulas (the perfect brain perception). Psychiatry knows many schizophrenic cases with the latter, where people with extraordinary abilities do see formulas instead of visioning. However, the majority of us are average-minded, and we stem from previous generations of folklore people. Remember that man below us from the spiral staircase?

He was playing a flute to us, recalling of the past. Our goal is not to get enticed by it and not to lose our balance, but at the same time, never forget it.

Our past lives in us, in our chemical elements, in the DNA code and instincts, though being abrased with time, due to our shift in skills. Not using our traditional skills, the skills our ancestors used, would eventually lead to a 'mutation' of our inner type. Our progressing self should not past our best inner qualities from the past, but perfect it.

Our technological advancements and new skills should not lose to our past, but outsmart it. 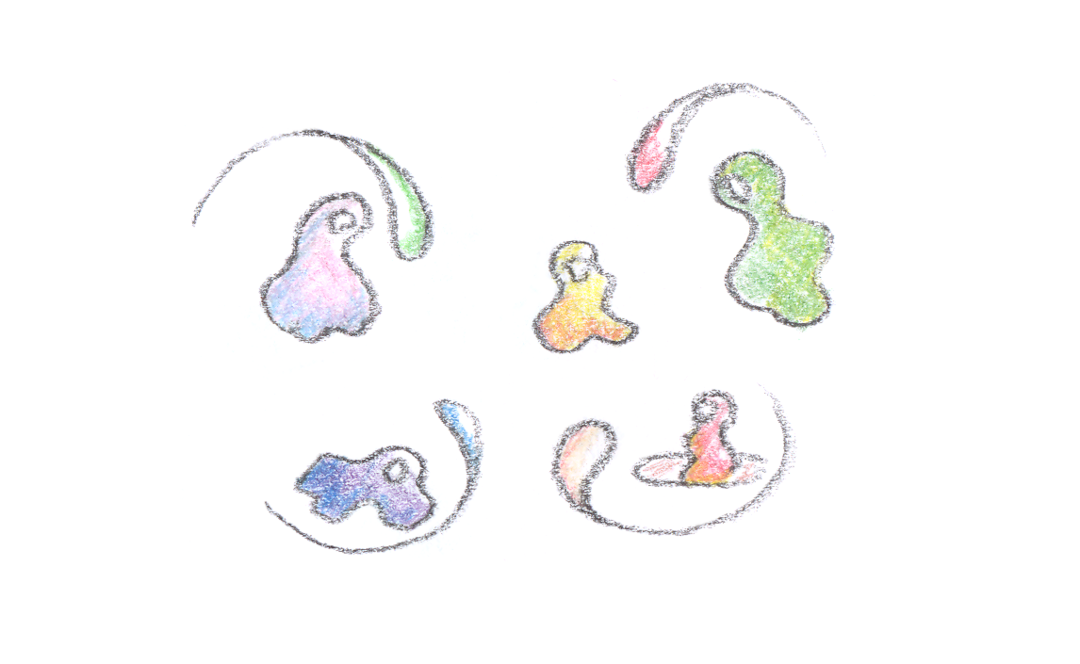 Spirals grow while we breathe. Story-making is just a part of entertainment, cohesive with the events that took or will take place in our lives. We grow not only with the understanding of technology, but with the human interaction. We understand the limits of our time and what makes us happy. We learn from suffering and traumas, yet to transform such grief into art or science. Spirals of fantasy may sound like idealistic delusion, but this type of imperfect cognitive perception is in that a deviated math.

We process any information for our own benefit and parse it accordingly with the laws of science. If we accept the imperfect, visual perception as it is, then we make imperfect conclusions - such as art. Art is an imperfect craft, that is dominated by allusions and lack of finishing manners in the output. And so is the spiral of fantasy, the spiral of our history that weaves in an imperfect manner, instead of a straight line. In where we see to where the deviant reasoning has lead our humankind - to many losses and wars. That fantasy-type of thinking of a paranoid, delirium tyrants and their wars, fanatics of cognitive dissonance, etc knitted their mongering all along. Is there any perfect fantasy thinking then? A perfect type fantasy work? In this case, the answer is - the one that makes a perfect logical sense.

Both songs of our history - utopia or dystopia take place on extremities, and are all regarded as human fears of our possible future. Science doesn't have fears and only needs approbation in order to come to life. New technological standpoint of our future is the Trillenium, the developed world of artificial intelligence, like it or not. But the fantasy blithe should remain as a relic, as elation in the world of technological advancement. The supplication of an undoubted mind, that would enrich the artificial vacuum of data with colours and manners of the past. And there would be no fanaticism any more, not rapture or terror - but art.